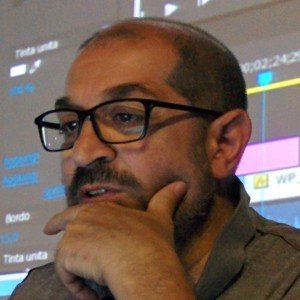 Since the 1970s, Giacomo Verde has crossed different arts such as theatre, poetry, video, literature, music, shows and exhibitions. He is the inventor of ‘tele-racconto’ – a mix of theatre and video art in which he has directed several shows. He is one of the first artists in Italy to create interactive artwork and net-art. Giacomo experiments with ‘tekno-anthropo-logical’ mutations and his constant is creating connections between different artistic genres. One of his latest projects is ‘Videopoetry Cell’ in which poetry is made using images captured on a smartphone.