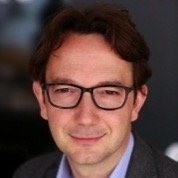 Graduated from Sciences Po and HEC, Matthieu spent 17 years at L’Oreal, in marketing and general management positions for luxury brands. He joined Studiocanal in 2012 as Deputy General Manager, in charge of international marketing, distribution and development. He developed the international and family footprint of the company, overseeing marketing and distribution for movies such as ‘Paddington’ (produced by David Heyman), ‘Shaun the Sheep’ (Aardman Animation), ‘The House of Magic’ and ‘Sammy 2’ (nWave Pictures). Since 2015, he has created his own consulting and production company. He is currently developing new european animated feature films for the international market.