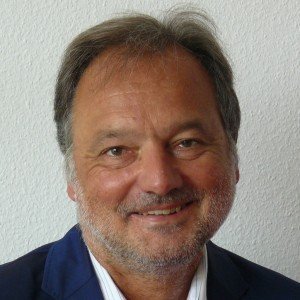 Reinhold T. Schöffel has been active in film cultural events and projects since the late 1970s, as a film journalist, a programmer for several film festivals, and until 1994, as the organiser of Internationale Grenzland-Filmtage in Selb.

Schöffel holds a diploma in media literacy and he has been Managing Director of Frankfurt-based Bundesverband Jugend und Film e.V. (www.BJF.info) since 1990, probably the biggest film cultural organisation for children and young people in Europe. Among several other activities BJF provides film clubs for children and young people with an own non-profit-distribution that covers a repertoire of more than 500 selected films for young audiences. BJF also started ‘Durchblick-Filme’ offering arthouse-films for young people along with bonus materials for use in educative and cultural screenings. Many of these films have been published in cooperation with the International Film Festival for Children and Young Audience Schlingel in Chemnitz/Germany.

Schöffel has been the editor of the European Children’s Film Association (ECFA) website www.ECFAweb.org since 2000. From 2000-2009 Schöffel also edited the organisation’s newsletter ‘ECFA-Journal’. Between 2010 and 2015 Schöffel also served as a board member of ECFA.