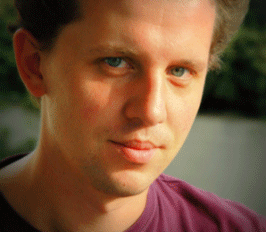 Romuald is also a VJ and a media teacher. He is the inventor of MashUp Table, a simple and fun tool that brings back a physical and creative dimension to assembly.